With the successive negotiations between the great company Grow Sport of Argentina under the management of Mr. Diego Arce, as well as the efforts of our dear friend Mr. Behtis Nikzad, who due to the efforts of Mr. Meysam Salehe Shoushtari, the head of international relations of the club’s record club Azerbaijan , signed a big contract with the Argentine Premier League studiantes de la Plata, owned by Mr. Juan Spastien Veron, the great player and the middle heart of the Argentine national team during the World Cup, was closed.
The provisions of this contract are cooperation in the fields of football and futsal for men and women, martial arts, volleyball and basketball.
Estudiantes della Plata is 105 years old and was founded in 1905, during which time it has won the Argentine Club Cup six times, the Libertadores Grand Cup four times, and the Copa International once. 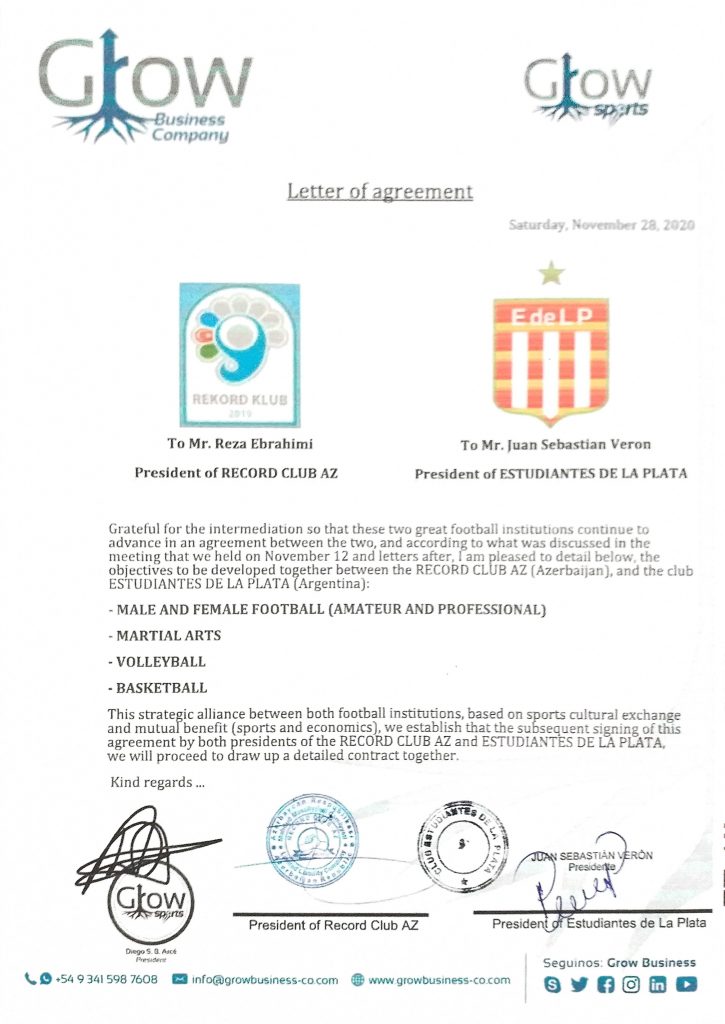